About :
Bangladesh Export 4% shrimp of total Global Export …. Bangladesh Export most of shrimp at USA the EU, notably by Belgium, German, The UK ,The Netherlands, Japan, Russia and Saudia Arabia ….. The country's shrimp export earnings in 2009-10 fiscal was recorded at $375 million ..... 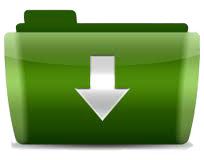 Shrimp is its second largest foreign currency earner after the ready-made garment industry, and a major source of employment. The Bangladesh shrimp industry is largely 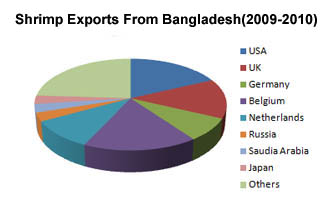 geared for export, and more than 80% of the total national shrimp produced ends up on foreign markets.Over two thirds of shrimp exports are imported by USA the EU, notably by Belgium, German, The UK and The Netherlands. Japan, Russia and Saudia Arabia are the position of next. Without this Bangladesh export worldwide. 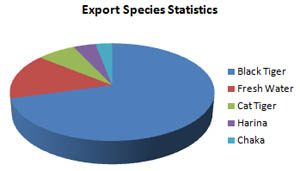 
The country’s shrimp export earnings in 2009-10 fiscal was recorded at $375 million, posting a more than 7 per cent negative growth. But, in the first 10 months [July-April] of 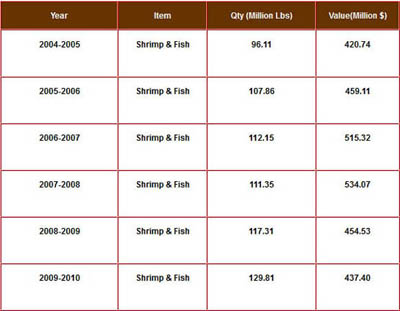 Exporters find high demands again for the product in bangladeshi shrimp at the beginning of the current fiscal year when the recession lack of spiritedness from the of growing up, Restaurant and in the Home of The European Union and The United States. 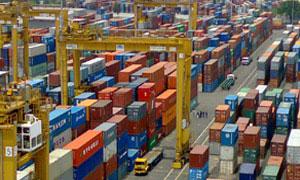 Bangladesh has two main ports, CHITTAGONG Sea Port and the other is MONGLA, having container throughput of 1.30 million TEUs (Twenty foot Equivalent Unit) annually. Chittagong is situated With Chittagong City and Mongla is 42Km far from Khulna City. We make our consignment by both Chittagong and Mongla port.

In general our main Incoterms is CFR, in some case FOB or CIF are follows requesting buyer. Destination Port will be Worlwide any. 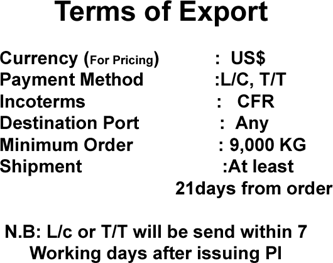 The currency for payment U.S. dollar is like to deal with by Bangladeshi’s Banks, so that packer and exporter to follow them. This is another important that Bank Instrument’s is 90% LC at Sight here. Rest of the 10% is T / T and others.

Content of order will be minimum 9,000 Kg or a 20ft FCL. Species will be One or Mixed in Size or thawed (Raw/Cooked). After place a PO issuing PI by Exporter and Importer must be place L/C or T/T within next 7 working days after issuing PI. Shipment will be minimum 21 days after placing L/C or T/T. Because we start production for shipment only after confirmation of order and our Govt. authority required 3 to 4 weeks to prepare for all needed Inspection, Q.C and other documentation. 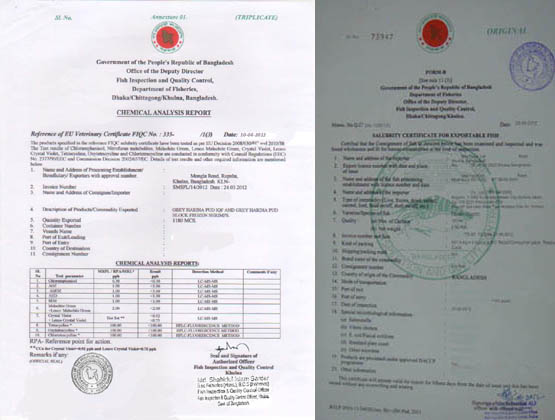 Govt. Inspector and Q.C monitoring whole process from Start of production to end of Shipment. Without this sometimes we conduct third party inspection like Lloyds, SGS etc requesting or instructions by buyers.

This above are required for A Price Quotation